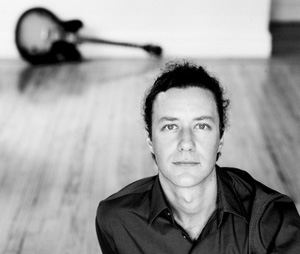 Jazz guitarist Adam Rogers has recently launched his new website www.adamrogersmusic.com.
For eleven years Rogers has co-led the critically acclaimed Lost Tribe, which has toured nationally and internationally, releasing three albums. However, he has recently been focusing more on recording and performing with his own groups. Since 2002 Adam Rogers has released 4 albums as a leader, his most recent one, “Time and the Infinite”, with Scott Colley and Bill Stewart, was released in February 2007.