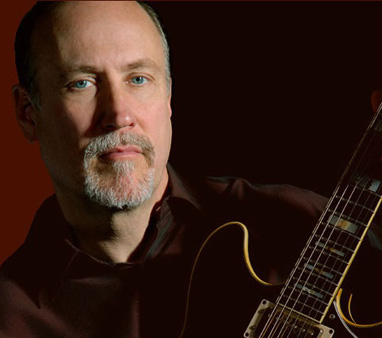 Scofield’s latest album, This Meets That

, was released last week, on September 18. The Trio includes bassist Steve Swallow and drummer Bill Stewart (the same trio that released En Route in 2004) as well as a four-part horn section (Roger Rosenberg, Jim Pugh, Lawrence Feldman and John Swana). Track number six, a cover of “The House of the Rising Sun”, features Bill Frisell on tremolo guitar. This is Scofield’s first project for Emarcy records. I don’t own a copy yet, so feel free to share your thoughts on this album (I will update this article as soon as I receive my copy). Also, check out his newly redesigned website.