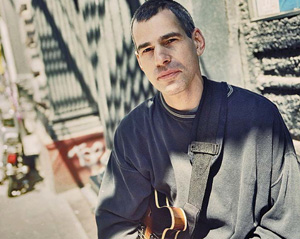 “, was released in SACD format this past May by Songlines. The album contains original songs, pop covers as well as freeform compositions. Monder and Bleckmann have made several duo recordings in the past, usually with accompanying players. Percussionist Satoshi Takeishi plays on a few tracks here. Their last duo collaboration was “No Boat”, from 1997. Monder has been a member of The Maria Schneider’s Orchestra, Guillermo Klein’s Los Gauchos, and Paul Motian’s Electric Bebop Band, and has played as a sideman with Lee Konitz, Prism Quartet as well as with several other artists. He has also recorded several albums as a leader including: “Oceana” (2005), “Excavation” (2000), “Dust” (1997) and “Flux” (1995).